The snakes we use for training are four female western diamondbacks. We know they're females because the first year we had them they all had babies. (Goliath had 13, Big Momma 10, Forest 5, and Twiggy 5. )

These snakes have appeared on local TV, but recently they were featured in a movie. The movie, titled Purgatory, AZ was produced by BigBrain Productions, an Arizona film company.

In the opening scene, the lead character is bitten by a rattlesnake (played by Viper Voidance's own Goliath) and winds up in Purgatory (AZ).  The movie may be available sometime in 2008.

The first weekend of January 2008 the "girls" went on a video shoot. All four snakes were there and three were featured.  These snakes do a great sit-stay. Actually, it's more like a sit-rattle. (a little snake humor there.)

The producers wanted shots of rattlesnakes, so when the broadcaster comes back from a commercial, the viewing public will be reminded of where the Super Bowl is being played. (Humm, using that logic, the entire world will think that Arizona is infested with rattlesnakes.) So, if you watched the 2008 Super Bowl and saw a rattlesnake next to a: football helmet, football, or a cowboy hat and rope, it was a Viper Voidance snake.


We've returned (January 2010) from The Vulture Mine in Wickenburg, Arizona. The TV series Ghost Adventures was filming an episode there and wanted rattlesnakes for cut-a-way shots. It was cold and raining and the girls only wanted to get back in the cage; however, the crew got the shots they needed. Episode aired October, 2010, and can be seen on reruns.

Summer 2010-- we spent the day on the location of an independent movie titled Sedona The Movie. It's billed as a family feel good movie. They needed a rattlesnake for one of the shots and the girls got some movie work--Goliath didn't go because she was getting ready to shed and she looked pretty scruffy--the snake equivalent of no makeup and hair in rollers.

The summer of 2018 was a sad one for Viper Voidance. Two of our original employees died. Twiggy and Forest. (Big Momma died several years ago.)They were with the company for 16 years and were  at the end of their estimated 20 year life spans.
Goliath is still with us. She is estimated to be 20+ years old. We have three male snake replacements: Dave, a western diamondback, Woods (a Tiger rattlesnake) and House, a western diamondback (I found him next to my house last summer)

The title of the book is: What the Lord said about Labs: And Other Dog Stories from Rattlesnake University.

This book is a hilarious collection of stories about dogs and rattlesnakes. It’s All Creatures great and Small meets Chicken Soup for the Dog Lovers Soul.

The book uses the process of snake proofing dogs to show how truly amazing dogs are. The stories in this book range from funny to fantastic. This book is a celebration of how quickly dogs can learn something new and put it into practice in unusual and astonishing ways. The dog stories are all true and happened during training at Viper Voidance.

The second novel titled, The Strain Ten Corollary, in the vein of a Michael Crichton Bio-Thriller, is about how one man solves the illegal immigration problem in Arizona. This book is also available at Amazon both as a paperback book and a Kindle eBook. 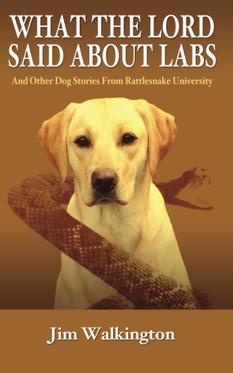 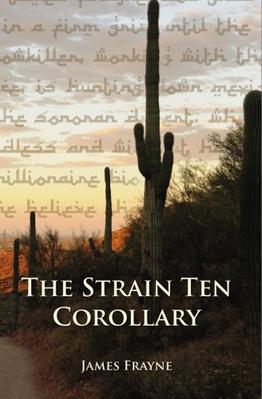 My first novel is titled: Vitamin Wow, an action adventure set in Saudi Arabia and can be found on Amazon as either a paper back or Kindle eBook.